Weight Gain Is Over: 6 Ways To Take Control Of Your Eating Habits

Ann has never been comfortable in her own skin.

She was heavyset in junior high, became super self-conscious, and decided to make a change. She dieted and exercised obsessively. And it worked. She was thin and people noticed. From the outside, she was enviable. Girls wanted to be like her. Guys were attracted to her. She was popular.

But she was also miserable.

No matter what people said, Ann never stopped feeling fat and unattractive. A marriage and two kids later, Ann had put on 30 pounds. From cleanses to juices to boot camps, she spent a fortune trying to shed the weight. After her second kid, she gave up.

Ann’s lifetime of food issues can be traced back way before junior high.

She was a C-section baby, meaning she wasn’t exposed to the vital mix of good bacteria that was supposed to be transferred by her mom’s vaginal canal. Her mom didn’t breastfeed because her doctor convinced her that formula was better, so the first few ingredients she consumed were maltodextrin, corn syrup, and sugar. This fed the bad bacteria in Ann’s gut and created an environment where she dealt with constipation, indigestion, and picky food aversions her whole life. It also made her a sugar addict from day one.

And she’s not alone.

Obesity, diabetes, and heart disease are on the rise — health-care costs will soon account for more than 20% of the gross domestic product of the United States, and 80% of these costs come from chronic lifestyle diseases. With the introduction of modern farming practices, stagnant lifestyles, and rampant toxicity, our confused bodies are storing excess fat and causing us to pack on the pounds.

The good news is that once you understand the problem, the solutions are easy. Let’s dissect our relationship with food so we can save ourselves before it’s too late.

In the West, we eat food mindlessly on the go.

And that’s a major problem. We’ve forgotten to be reverent of our food and respect the experience of eating.

The central theme of all monastic practices around food is thankfulness.

Are you grateful for the life that laid itself down in front of you? How are you helping further support the ecosystem that sustains and supports you?

In monasteries, the act of dining serves as one of the most powerful tools for bringing awareness and mindfulness to our lives. To savor the experience, pause and give thanks before each bite. Don’t take the experience for granted.

Becoming conscious and aware around food is a critical step to waking up and becoming aware in life.

Food is fuel, after all, and not all fuel is created equally.

The way you cook is a key part of the puzzle. In Catching Fire: How Cooking Made Us Human, Richard Wrangham describes how the advent of using fire to cook helped our species unlock vital nutrients and get more calories out of our food so we could be more adaptive, become more agile, and grow bigger brains.

In many traditions, soups, stews, or congees (rice-based porridges) are a major part of how the monks are fed. These are slow cooked together for a good amount of time over low heat to help extract important nutrients and break down the food better.

Steaming vegetables makes the food easy to break down and provides useful energy — you get a lot of water and fiber, which help stabilize blood sugar. Fermenting your vegetables is great for extracting probiotics.

When you learn to take “you are what you eat” to the ultimate level, you’ll start taking more seriously what you consume and how you consume it.

3. Fast to slow down your digestive system’s workload.

Today, we eat until we’re stuffed and don’t rest to digest.

This practice wreaks havoc on our guts and prevents us from absorbing the nutrients we need to thrive. To combat this, I recommend digestive fasting.

By slowing down the workload of the digestive system, we give it a chance to clean up a bit.

When we fast, we divert some of the energy we spend on breaking down food into repairing the gut lining. We give our immune systems a break by cutting the barrage of challenges, and we allow our pancreas and stomach cells to rejuvenate by cutting off the need for them to create a steady flow of digestive enzymes.

Once a week, try replacing solid meals with liquid ones.

This gives your stomach, pancreas, and intestines a chance to can catch their breath and function better. It provides the body the rest it needs to recover and heal the gut lining. Not only is fasting good for your overall health and well-being, but it’ll also help you simplify life.

Not having a steady flow of food makes us appreciate it more — it helps us turn things down a notch and take some time to appreciate life at its purest form.

Do you know where your food comes from? I don’t mean the name of the restaurant. I mean where in the ground.

When we don’t know where our meals come from, we stuff our faces with unhealthy and over-processed food. And that quickly shows up in the form of excess weight.

Growing your own foods is a great way to reconnect with Mother Nature and eat clean. Whether you have a kitchen counter or several acres in the back, learning to connect with food by growing some of it yourself is incredibly rewarding and therapeutic.

I’ve seen people overcome bad eating habits by kindling a relationship with a plant and bringing something to harvest. Growing your own food helps you slow down and think twice about what you’re putting in your body. The friendly bacteria that comes with organic soil and good cultivation will help nourish you, and what you do with your organic scraps will change how you view trash.

Besides, what kind of stupid animal forgets how to survive in its own environment? If you want a right relationship with food, this practice is a must.

5. Hack your calendar to make time for mealtime.

If you don’t plan your meals, you’ll scarf them down between activities.

So make sure to carve out time for meals. Bring friends around and eat together with laughter and good times. Plan time for gardening, meal preparation, dining, cleaning up, and nice conversation. Food should be a ritual in which you connect with your body and your loved ones.

Begin every meal by giving thanks.

It can be, simply, “I’d like to give thanks for this wonderful meal we are enjoying with great friends.” When you cultivate a healthy relationship with your food, tradition, and loved ones, you’ll feel better connected to the world and experience a greater sense of wellbeing.

You’ll also be less likely to overeat, and your waistline will thank you.

6. Learn how to curb your appetite.

The key to winning the weight battle is learning to curb your appetite.

Fiber, water, and healthy fat help make you feel full more quickly and for longer. You should also temper any sugar or carbohydrates in our diets with fiber and good fats like avocados or coconut oil to ensure slower transit time and a blunted insulin release. Eating protein and fat when you’re hungry helps you to get out of the sugar addiction and start to burn cleaner fuel.

When you don’t get enough protein in the morning, you’re guaranteed to feel hungry and reach for carb-heavy snacks earlier in the day.

If we make changes now first to how we think about food and then to the food we eat, we’ll have more energy, be more mindful and peaceful, and, yes, lose some of the weight keep meaning to lose, too. 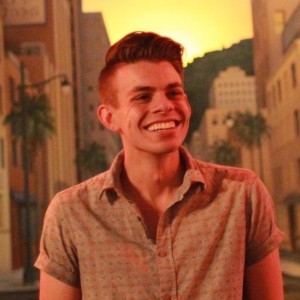